Gideon looked like has was intended to be an all-white cat, but when he came down the conveyor belt, they’d run out of matching ears and tails and stuck on black ones instead, giving him a Mr. Potato Head aspect.

Although Gideon grew to be quite bigger, my other cat Wilkie, older by about six months, was the undisputed Alpha. So, to me, Gideon always called to mind that old Avis ad: He was #2, so he tried harder. He was “aggressively friendly,” as one guest put it. He loved being the center of attention and an object of affection. He was insistent about it, pesky, dog-like.

Preceding Wilkie in death last week, Gideon was #1 at last. I miss him.

Thanks to Judson Road Animal Clinic for the compassionate care, All Seasons Landscaping for Gideon’s final resting place, and mosaic artist Tina Shoys for his memorial stone. 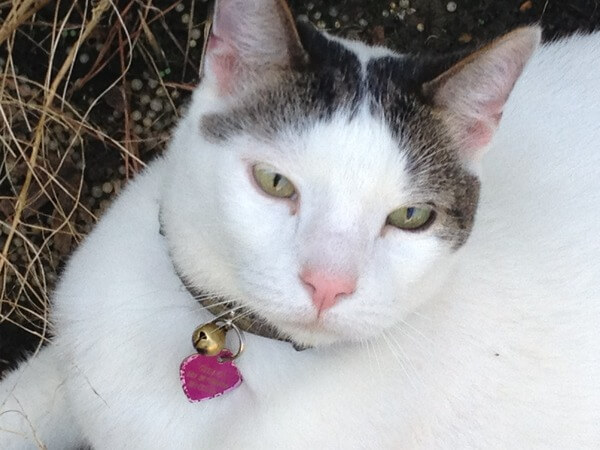